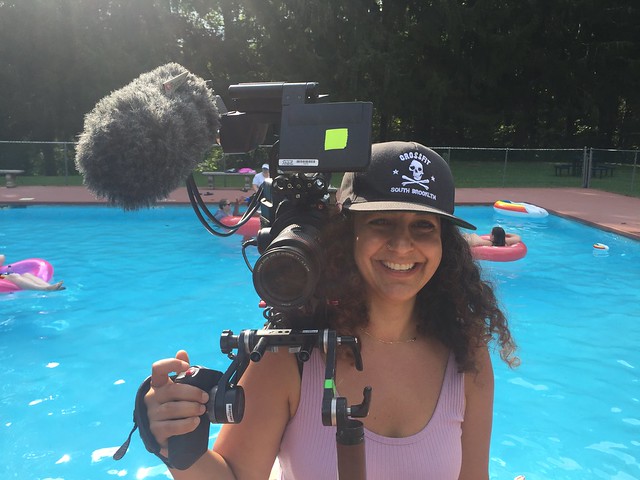 We recently received this message regarding Janet U, who was a long time CFSBKer as well as part of our Front Desk Staff. We’re pulling for Janet and were asked to share her status with her CFSBK community. Janet was training at CrossFit Warwick who forwarded us this note.

Most of you have likely heard already that Janet was diagnosed with ovarian carcinosarcoma in early November. Janet has received so many texts, emails, messages, and calls and is filled with gratitude by the outpouring of support and concern. She’s a bit low on energy these days and asked me to share her story and an update with you all.

Janet and Derek started trying to have a family this year. After a miscarriage in April and a few more months of trying, in October they tried IVF and were so happy when Janet got pregnant again. The doctor recommended they do an early ultrasound to check on her progress before a planned trip. It was then that the doctor discovered a large mass that hadn’t been there 10 days prior, obscuring any view of the embryo. They imagined it was a fibroid and hoped to remove it without disturbing the pregnancy. Janet had emergency surgery and the entire mass was removed. However, when they biopsied the mass, they found it positive for carcinosarcoma, an extremely rare and aggressive cancer. In a moment, their plans for the future appeared drastically different. Janet lost the pregnancy shortly after her diagnosis.

With this devastating and shocking news, Janet was scheduled to have a hysterectomy in early December to halt the cancer’s progression. She had a negative CT scan on 11/12 and began transferring her medical care from Mt. Sinai to doctors at Memorial Sloan Kettering who are more familiar with her disease. However, in the weeks that followed, Janet’s health began to rapidly decline. She became bloated with fluid building up in her abdomen. On 11/21 she went into the ER, unable to bear the pain from the fluid, and a CT scan found metastasis of her cancer throughout her abdomen. Over the course of two weeks she gained 25lbs of fluid weight. She visited urgent care three times to have the fluid drained, and on the last visit was admitted to the hospital for four nights. Instead of beginning with surgery, her new doctors at Sloan Kettering recommended starting chemo as soon as possible.

Last Friday, 12/3, Janet had her first round of six chemo treatments – hooray! She’ll go in for a full day of chemo once every 21 days to shrink the cancer. After the 3rd round is completed, she’ll undergo a hysterectomy and debulking surgery to remove any tumors or visible cancer. After her 6th cycle they’ll put her on a maintenance drug to keep the cancer from returning. The treatment has some challenging side effects and Janet is already experiencing some of them. But she is strong, brave, and determined to get through this and she has the best medical team out there.

As you can imagine, it’s been a heartbreaking and shocking time for Janet and Derek. This time of year is especially hard, with the anniversary of Derek’s dad and Janet’s mom’s death in late December. Your support and love mean so much to them. Thank you for being part of their team.

Many folks have asked how they can help and there are myriad ways, but here are a few:

We’ll share updates as we can via this email thread and GoFundMe. Please feel free to forward this email to others – we likely missed a few folks or had outdated email addresses.