Notes:
If you came in on Saturday try to meet or beat your EMOM pause single.
Spend the first 16-18:00 working up to your heavy single then take the last few minutes for your set of 10.
For the set of 10, maintain the pause and choose a weight within that range that will challenge you but you think you can do all 10 reps with perfect form.

Notes:
Try to do some version of a body weight inversion for today’s workout. Choose a version and rep range that will challenge you each round. Below are some expanded scaling options.

Squat/KB: Use the same KB for both movements and choose a challenging weight that is going to slow you down. 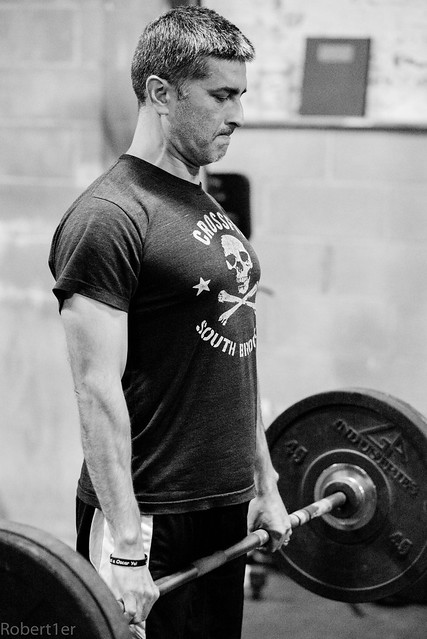 I ‘CrossFitted.’ And I’m Brown. But I just didn’t CrossFit anywhere. I trained at CrossFit South Brooklyn (CFSBK). That is a crucial component of my “CrossFitting While Brown” experience. Being brown and chasing ‘elite fitness’ does not necessarily entail a conceptual clash between the two, but my personal insecurities and the cultural placement of CrossFit when I started at CFSBK back in 2009, ensured an internal discomfort that took some dispelling. CFSBK had a great deal to do with it.

Brown people, especially Indians, are not supposed to be athletic. We do not occupy such a place in the American imagination. The Indian immigrant has other stereotypes to conform to: the doctor, the systems analyst, the storekeeper, the motel owner, the taxi driver. He is typically skinny or just out of shape; he speaks with a comical ‘Apu accent’; he is better known for spelling bees; he does not play organized sports. I fulfill some components of the stereotypical Indian: I am a professor, I do math in my head, I talk about the books I read, I write books, I used to write computer code once; I’m a nerd; I fly my nerd flag proudly. I’m aware I’m not supposed to be strong or fast or athletic; those are not the images associated with ‘folks like me.’ I grew up with a legacy of athletic failure at both national and personal levels; it is how I view myself. My personal failure appeared embedded in a broader cultural failure ‘back home’; in my darkest moments, it became pure essentialism, driving me to find flaws in my genes. My sense of my body is very closely tied up with its failures. All of this suggested I did not belong in CrossFit, a place only for the very fit, the very strong, and dare I say it, at least back in 2009, the very white.

Then too, it was a time when I, as a brown man, thought better of my going to Crossfit because I had been warned about its ‘right-wing politics,’ its flirtations, or rather, its wholesale embrace of militarism and a problematic masculinity grounded in workouts that aspired to ‘fuck you up,’ ‘make you puke,’ and ultimately, like in those photographs that make the rounds, sprawled out on the floor in a puddle of sweat, ripped bodies heaving and gasping for breath. In post-911 America, to go to a gym dominated by hard white bodies, whose group photographs (those L1 certs!) and ‘CF main site’ pages were dominated by images of law enforcers (the guys who’ve never let me, and many others of a darker persuasion, feel at home in the US), or the military (which seemingly specialized in killing brown people with turbans, and which seemed to hate my wife’s Muslim community), just felt like a fraught decision. Still, I made the decision to sign up at CFSBK because I desperately needed to kickstart my fitness—and my associated downward headed head space—and because I trusted the woman friend who directed me to CFSBK.

I came to CFSBK with my baggage of being an unathletic brown man, one insecure about his bodily self-worth and about whether he belonged in its spaces. Once I began, every CrossFitting failure of mine, my failures to perform kipping pull-ups, handstand push-ups, or even the elementary forward roll, further slotted me into the category of athletic failures. My back injury, incurred a few weeks after I started at CFSBK, made it even worse. Perhaps I was not cut out for this ‘elite fitness’ business – genetically, culturally, ethnically. We are all racked by self-doubt and insecurity and a diminished personal image of ourselves (as Orwell once said, “every life, when viewed from the inside, is a series of small failures”); mine were not any greater or any worse than others, they were decked out in a different form with a different affective content.

Every time I ‘failed,’ I felt I failed my entire demographic, a race, an entire people, and added one more datum point to the claim that brown men are unathletic. I would often wonder, “These folks must be shaking their head at this out-of-place brown dude, whose numbers are the lowest, his times the slowest.” It was a peculiar burden to carry, a weighty additional framing of what should have just been a workout. I did not want to be the sole representative of a large and varied group, but I found myself functioning as one—in my mind. I felt, keenly, that such was the spotlight turned on me. When I did ‘well’ in a workout, that is, I did not disgrace myself, I chalked another win up for my own, entirely personal, stereotype-dispelling project. (Variants of these exist in my other walks of life.) Every time I ‘did poorly’, I put one in the loss column. This was perhaps self-destructive, but it was an instinct, not something that I consciously took on.

This is a familiar tension for the immigrant, to be aware of the preconceptions that frame your presence in the spaces you frequent: you want your particularity to be noticed, but you also want to be ‘just like everyone else,’ to blend in, to not be noticed. When I stepped on to a CrossFit floor, I was aware of this fact. I was made aware of my identity when my lifting partners would ask me to repeat my name, when my accent made people ask me ‘where I’m from’ or insist I repeat a word which I had subjected to my idiosyncratic pronunciation. Sometimes the ƒQuestion of the Day would become fraught for that reason; I did not want to attract attention to myself, even as I sought to stand out with my own distinctive answers to questions like ‘what was your favorite television show growing up.’ (The real answer: live cricket games on other folks’ televisions; we didn’t have a TV till I hit eleven.)

But of course, my identity is not just that of a brown man or an immigrant. I’m a teacher, a writer, a metalhead and Deadhead, a pothead, a father, an immigrant, a New Yorker, a Giants and Yankees fan, and like so many others at CFSBK, just someone hoping to look better, feel better, live longer. These all found expression in CFSBK’s many, varied spaces. At CFSBK, I shared platforms with cops, Iraq war veterans, firefighters, doctors, psychiatrists, lawyers, teachers, photographers, management consultants, actors, comedians, with black, brown, and white (and many other skin toned) folks. I was given a nickname and made some very good friends; my back injury was accommodated, and even given personal attention! I found my peeps at CFSBK in more ways than one. I was welcomed in all the right ways; CFSBK peeps laughed at my stupid jokes, my endless drug references, my silly dancing, they cheered for me during workouts, they counted my reps, they cheered for big lifts at the Strength Cycle Total, they cheered whether I came last or first (never!); heck, CFSBK even picked me as Athlete of the Month.

Eleven years on, I do not have the bulging biceps or boulders in my shoulders that the male Crossfit ideal has; I do not have a six-pack, and have resigned myself to a three-months-of-good-diet-and-regular-workouts-will-give-me-my-dream-body state (where we all are, really.) I still do not qualify as a ‘firebreather’ or a ‘beast,’ I did not become a member of the ‘competition team,’ I’m not among the strongest or fastest older men at CFSBK. But none of that seemed to matter any more at CFSBK. I had friends, among coaches and members, and I found a space for expressing myself, both physically and emotionally. CrossFit South Brooklyn made me feel at home. Which, as those who leave ‘home’ will tell you, counts for a great deal.

It is important to note that my sense of belonging does not necessarily transfer to other CrossFit gyms. I do not CrossFit when I travel. Perhaps some traces of my earlier associations with CrossFit still linger on; a workout is a space in which I feel I’m putting my body on the line, and I like doing so around people I trust. CFSBK was that place. I came to CFSBK as an insecure brown man, and in some ways, I remain one. But if I grew out of that self-conception at all, Crossfit South Brooklyn, ‘the house that David built,’ had a great deal to do with it.