Increase load on each set, working up to a challenging set of each for the day.

Rest as needed, about 3 minutes between pieces. 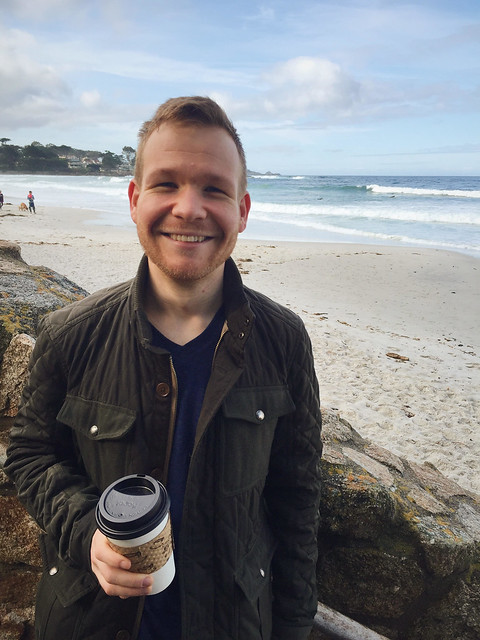 Steven is the newest member we’re placing in the spotlight in the growing lineage of awesomeness that is the CFSBK Athlete Of the Month. He’s been training consistently since joining us a few years ago, and in that time has dedicated himself to making some impressive “gymprovements.” The coaches all agree, Steven is one of those people who just makes a class roll well. It was a pleasure to chat with and learn a bit more about him, I hope you enjoy it as well. Be sure to throw a high five his way when you see him!

Fox: Hi Steven, congrats! Thanks for making time for this. Let’s start at the beginning. When and why did you begin CrossFit?

Steven: Oh man, I’m flattered and honored. Thank you! CFSBK was my introduction to CrossFit back in October 2015. My partner (superstar in her own right, Lauren M) came home each morning after her Foundations class and wouldn’t stop talking about how great she felt, how challenging it was, and how much fun she was having. She didn’t necessarily push me to start, but I was looking for ways to be more active, and I didn’t want to miss out on that experience. So I signed up for the next cycle. It turned out to be a pretty good decision.

Fox: Friend, co-worker, or significant other starts CrossFit… person won’t stop talking about CrossFit… person convinces all those around them to also give it a shot. That’s a pretty familiar storyline! What were you doing prior, fitness-wise?

Steven: The short answer is: not much. I would run a mile or two every so often and sporadically attend my office gym, where I’d “do cardio” and sometimes “do weights.” Mostly this meant getting on a machine and moving mindlessly for a while, or watching to see what other people were doing and copying them. To say it was uninspired and ineffective would be an understatement.

Fox: And what did you think of CFSBK when you first started here?

Steven: It was strange and intimidating. Why were people yanking barbells over their heads? Why did they do Double-Unders instead of perfectly good Singles? And how did everyone get so good at it? I was worried I would never get it. Almost right away, though, I saw that the coaches really cared about the athletes (I had Jess as my Foundations coach), and that the members were really engaged as well. I got the sense that I wouldn’t be left to “do weights.” I didn’t realize it at the time, but I was receiving an education on how and why to move well. It was great to see the coaches assess each athlete’s level of fitness and help them move forward, no matter where they started.

Fox: “Intimidated” is probably the word most frequently associated with how people feel when they begin CrossFit. What was tough for you at first, and what are you working on nowadays?

Steven: The Olympic lifts were tough, for sure. I *sort of* got the Clean, but the Snatch was (and still is) awkward. I’ve been guilty of avoiding many a Snatch day, so now I’m working to attend those classes and put more practice into it.

I felt pretty good about most bodyweight movements that came up regularly, but I couldn’t do a Pull-Up when I started three years ago. I’m proud to say that I’ve gone from zero Pull-Ups to a few Bar Muscle-Ups and even some ring muscle ups, and am working on being more consistent with those. The process has become fun to work at. It’s one of the things I—and I think others, as well—like about CrossFit. There’s always something to improve, and if you pay attention and practice (and eat and sleep ok!) you’ll get better. Right now I’m working on the mindset shift that comes when the “beginner” progress starts to slow down. I’m trying to be more patient and understand that just because I don’t necessarily see progress every day (PRs are fewer and farther between), it doesn’t mean it’s not happening.

Fox: What an awesome journey, from zero Pull-Ups to getting atop bars and rings. I also really like the talk about a mindset shift. Practice pays off. Nice work! Let’s get out of the gym a bit. Where did you grow up?

Steven: I’m from Elizabeth City, North Carolina, a small waterfront city in the eastern part of the state. Our claim to fame is a giant Coast Guard base and hosting the North Carolina Potato Festival. It was a nice place to grow up, although I didn’t really appreciate that until I moved away. In 11th grade, I moved to a boarding school in Durham. Durham was a “big” city compared to where I grew up. After that, I went to the University of North Carolina at Chapel Hill for undergrad (Go Heels!). Those were both amazing experiences for me, as bigger cities meant opportunities to be with more people from diverse backgrounds. I was a comparative literature major at UNC, but I spent most of my time at the Daily Tar Heel, the school newspaper (where Lauren and I met).

Fox: Is your family still in North Carolina?

Steven: I have some family down there, but not much anymore. I’m an only child, and a few years ago my folks retired to Stuart, on the east coast of Florida. I do maintain some connections to the area though. I spend quite a bit of time volunteering for my high school, the North Carolina School of Science and Math. It’s a public residential high school that accepts students from across the state. (Also, our mascot is a unicorn. No joke.) I’m currently president of the Alumni Association board of directors, which works to build connections between the alumni community and the school. My grandfather was a high school principal in Elizabeth City, so the importance of education was a pretty common discussion topic growing up. It’s been cool to be able to give back to a school that gave so much to me, and to play a part in helping improve access to education across the state.

Fox: What a rewarding way to maintain a part of your roots. What do you currently do for work?

Steven: Funny you should ask! Until a few weeks ago, I was a journalist, primarily with a focus in tech and business. I spent the last four years at the Wall Street Journal, where I covered technology for CIO Journal. It was great because I was able to spend my time talking with smart people about things I’m genuinely interested in, then writing about it. Last week, however, I started a new gig with Metis Strategy, a consulting firm that works with Fortune 500 technology departments. I’m excited to get more involved in the “doing,” rather than just reporting.

Fox: I’m interviewing a journalist? Now I’m nervous! Congratulations on the new gig, sounds like some exciting changes. What do you do for fun outside of the gym?

Steven: As the comp lit major might indicate, I love to read. I enjoy books about tech and business (just finished Bad Blood), and I’m a big fan of Latin American fiction (highly recommend Signs Preceding the End of the World and anything by Valeria Luiselli). I also recently downloaded the New York Times Crossword app, which has simultaneously been the best and worst thing. It’s educational, right? I’m not on Stella Z.’s level, but it’s been a fun way to spend time. Something else I’ve been consistent with is cooking. Prior to the Look, Feel, Perform Better Challenge in 2017, my culinary skills consisted of opening cans of tuna and occasionally scrambling an egg. I started to cook a lot more during that time, and it became something I really enjoyed and that Lauren and I liked doing together. We’re currently into Molly Yeh’s Molly on the Range, Joshua McFadden’s Six Seasons, and Melissa Clark’s Dinner.

Fox: I love seeing people who, months and years after a LFPB Challenge, have developed skills and habits they can maintain. Bravo! Last question: What should we look for in a future Athlete of the Month?

Steven: To me, a future Athlete of the Month is someone who is clearly enjoying themselves and maintaining a positive attitude, no matter their level of fitness. Approaching class with an open mind goes a long way toward creating a positive experience both for yourself and for others. We come here to lift weights and run around, for all sorts of reasons. The bonus is that we get the chance to work out and have fun with people that we probably wouldn’t have encountered otherwise. This place brings together people from all different walks of life, and everyone adds to the fabric of the community.