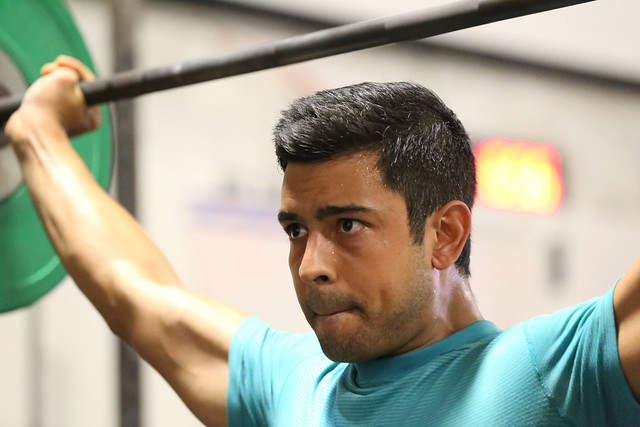 Want to get better at the Snatch and Clean and Jerk? You’re in luck. Starting next week, we’re offering additional Next Level Weightlifting Club classes at from 12pm to 1pm on Wednesdays and Fridays!

Next Level Weightlifting Club offers Olympic lifting with strength training and mobility all in one. Weightlifting classes will be held in two-hour windows and taught by Coach Frank Murray. While there will be a start to every class, you are allowed to show up at any time during the two-hour training session to lift. Those involved will receive the week’s programming which they can either do during the training session or on their own times during Open Gym hours. If you are unable to participate in class on a regular basis, you also have access to Coach Frank via email and can submit videos to be evaluated and critiqued. Think of him as your personal coach.

While there are universal weekly workouts, they can and likely will change from person to person depending on each individual’s needs. All people are different and therefore require different things to be successful. At Next Level Weightlifting Club, we take that into account and make adjustments as needed to optimize progress.

About the Coach: Frank Murray has competed in weightlifting for many years. During that time, he has medaled at five separate National Championships, most recently a Silver at last year’s Nationals. His all-time best lifts in competition include a 151kg (333lb) Snatch and a 182kg (400lb) Clean and Jerk at a body weight under 200lbs. He has worked with many athletes, from multiple CrossFits, including: CF Garden City, CF Queens, CF Great Neck, CF 516, CF King of Island Park, RADD CF, CF Greenpoint, CF Manhasset, CF L.I.C, among others.  Coached by Arthur Drechsler, former world record holder, chairman of the board of USAWeightlifting, and author of The Weightlifting Encyclopedia, Frank has learned from the many years of experience that Artie has had over his coaching career.