Every Minute on the Minute x 15:
Power Clean + Push Jerk

Use your heaviest weight from last week’s complex. Focus on executing perfect positions on each movement. 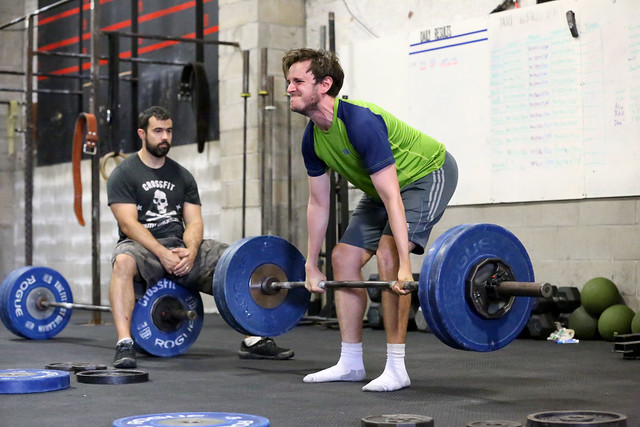 Coach Jeremy’s Starting Strengthers will wrap up their eight-week cycle today starting at 2:00pm. Lifters will be testing their 1RMs in the Back Squat, Press, and Deadlift. All are welcome to come by, hang out, and do some cheering. Get ready for some massive PRs!

_____________________
Yesterday’s Results Board: Saturday Metcon Madness
Why CrossFit Is Free But CrossFit Gyms Are Not CrossFit Journal
Get Lost in This Mind-Blowing Atlas of 1.7 Billion Stars Atlas Obscura