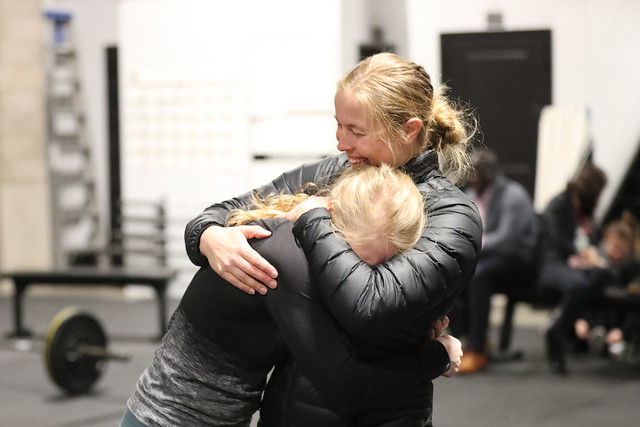 Allie B. and Coach Whit embrace after a milestone Muscle-Up at Friday Night Lights. Be sure to check out the whole series here! | Photo by Thomas H.

Jay-Star’s Guide to the Open: AARGH

Editor’s Note: This is the second episode of Jay-Star’s new satirical series about the Open. You can find last week’s installment here.

They say that many things get better with age. And by “many things,” I mean me. Haters are gonna hate, but I am currently ranked in the 78th percentile in my age group which is an extraordinary accomplishment given my lack of motivation and general CrossFit suckiness.

What this really demonstrates is that CrossFitters need to have a well-developed aging strategy during Games season. Remember young = bad, old = good. Competing in an older cohort is pretty much guaranteed to put you on the fast track to relative CrossFit Open greatness. Since rapid aging is not likely to be one of your #goalz, you need to turn to the old tried and true: the fake ID. Yes, it’s time to drop by mom’s house, dig through the crates, and dust off the Finland driver’s license that made your Zima- fueled good time Saturday night dreams come true.

Back in my minorhood, my fully documented cover story was that I was a 25-year old submariner on shore leave after a six-month stint in the Arctic hunting Russkies, defending baby seals, and picking up hitchhiking polar bears. Let me say it served me quite well both with the ladies and at the West End Bar where I felt great after the first seven tequila shots until I passed out in the bathroom of Tom’s Restaurant and had to find my way back to Bensonhurst. I forgot my address, and to this day I am not sure if I ever made it to the right place. Some nice family finally took me in and helped me pay for college after I knocked down—I mean…  on a few doors

Anyway… keep in mind… AMRAP becomes ARAP if you get rid of the M and ARAP becomes AARP if you do some other stuff.