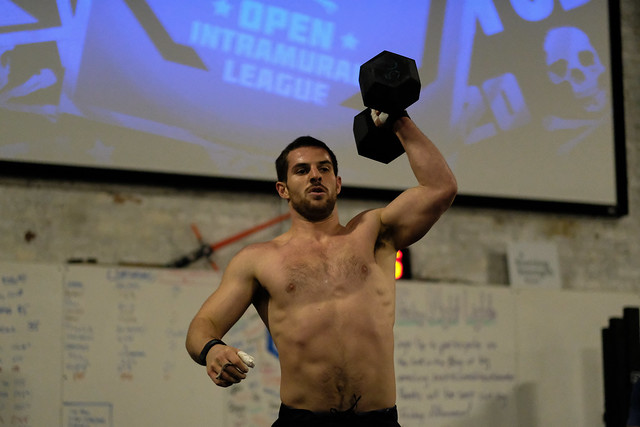 Join us tonight from 5:30 to 8pm to take on Open Workout 18.2 at Friday Night Lights! You can sign up for a heat here, but even if you’re not competing, c’mon out to cheer and have some fun. BYOB!

Should I Redo an Open Workout?

Congrats! You completed 18.1, the first workout of the 2018 CrossFit Games season! Whether this is your very first Open or you’ve been in the game since 2011, you’re probably (over?) analyzing your performance and what you could have done differently to score higher. It’s natural, you’re human, and we’re all a little bit competitive in CrossFit LaLaLand. While the answer may very likely be yes, you could probably do a bit better your second time around, I’m going to recommend you not plan do just that for a few reasons.

Wait, you are a Games or Regionals athlete? Even if not, there may be times when redoing the workout wouldn’t be too bad of an idea. Let’s say…

Statement of Full Disclosure: Last year your author redid ALL of the 2017 Open workouts. Yep, all of ‘em. I did them with a great crew on Friday early afternoons and then again on Monday afternoons. So in my defense, I had pretty much as much time as possible in between workouts. It sort of snuck up on me, I didn’t plan it and it was the first time I’d ever redone an Open workout. But, a friend and colleague (McDowell) who was leaving Brooklyn later in the year was redoing them. I guess I wanted to squeeze in as much CrossFit fun as possible before he and the family hightailed it to Virginia, something we hadn’t really done much of recently since we were both pretty busy with work and life. Jess (the wifey aka Lady Fox) and some other gym friends/colleagues were in for it, and we all had a lot of fun. Funny thing is I thought Mcd was just doing them twice for kicks…I later learned that he had to redo them since that was what his coach programmed for him. He’s someone who is near that “bubble” mentioned above…I am not. Hence I am back to my old self in 2018, planning to give my best at FNL (which was OFF THE CHAIN) or Saturday with group classes and then be done with it.

_____________________
Yesterday’s Results Board: Cluster | Handstand Walking
Who Should You Listen To? Catalyst Athletics
We Finally Know Who the Millennials Are The Outline