All work sets should be heavy, ideally heavier than the previous set. If you’re newer to Bench Pressing, then do a few extra moderately challenging sets of 3 instead of the heavy singles. Use spotters on all work sets.

Make the Ring Rows challenging, but keep them strict. If you have to throw your hips into it then break the set and/or scale to an easier ring row. 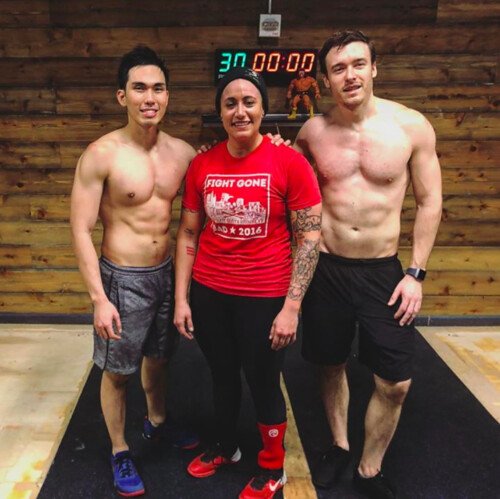 Goals: This cycle will run a bit more similar to classic CrossFit (i.e., constantly varied, functional movement executed at appropriately high intensity). While we’ll see consistent exposures to movements on specific days, the load, rep, and set schemes will be varied, sometimes showing up in a dedicated lifting segment and sometimes in the metcon. The main focus of the cycle is to perform well in the Open—to stay fresh for each week’s workout, which we’ll again program for Saturday’s group classes, rather than gearing the cycle towards improvement in specific lifts/movements.

The Open kicks off in less that a month, and we’re aiming to have 200 CFSBKers participate this year. Don’t forget to sign up here!

_____________________
Yesterday’s Results Board: Partner WOD
To Scale or Not to Scale CrossFit Games
The Imaginative Powers of a Brain on Autopilot NY Mag