In honor of Heather Heyer, who was killed by a white supremacist in Charlottesville, VA on 8/12/17 during an anti-discrimination protest. Scale the Pull-Ups to Ring Rows as needed. Use a dumbbell that’s heavy for you but that allows you to move through.

A New Type of Hero WOD 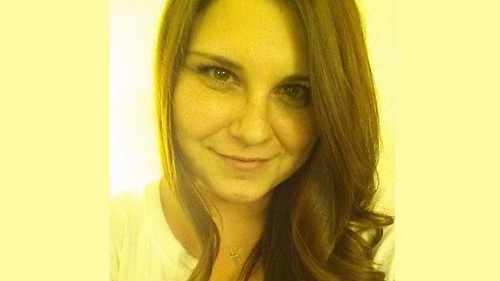 This past weekend in Charlottesville, VA, Heather Heyer, a 32 year old paralegal and activist, died as a result of injuries sustained when a white supremacist drove his car into a crowd of counter-protesters who had gathered to oppose a “Unite the Right” rally that had quickly become a organizing point for the worst parts of American society—Nazis, KKK members and sympathizers, and racists.  Heather was a passionate fighter against injustice who paid the ultimate price for her beliefs. If you’d like to know more about Heather, read the links at the bottom of today’s post  A GoFundMe page for Heather’s funeral has already met its goal and been deactivated, but if you’d like to donate, please give to Natalie Romero, a 20 year old Texas native who sustained a skull fracture and other injuries in the attack.

In CrossFit, there is a tradition of doing Hero “WODs”—especially tough and grueling memorial workouts typically named after soldiers, police officers, and other first responders who have died in the line of duty. CrossFit was adopted early on by military and LEO communities and the reciprocal connection between the two groups is enduring and profound. That said, it is myopic to argue that being a soldier or law enforcement officer is the only way to stand up for something you believe in. History is rife with examples of brave men and women who have risked and sometimes lost their lives defending movements, ideas, and principles they believed in. Many of these heroes put themselves into these dangerous situations fully aware that they would be opposing armed, hostile opponents with little more than their beliefs and bravery to shield them.

This Saturday we will be performing the first of a new series of “alternative” Hero WODs—“Heather”—at the gym. It is not our goal to do away with traditional Hero WODs like “Murph” or “DT” (sorry kids, you don’t get off that easy), but rather to foster a more complete and complex discussion about the nature of sacrifice.  We hope that this acts as a catalyst for discussion and insight and isn’t seen as a condemnation of any group (except for Nazis/white supremacists). Instead, we see this WOD and others like it as a way to celebrate the bravery of soldiers and teachers and freedom fighters, police and activists and clergy—men and women of any race, gender, sexual orientation, ability, or creed who decided to risk their personal comfort and safety for what they knew was right.

Heather’s family asked that attendees to her memorial service wear purple, her favorite color. If you’d like to pay tribute in that way please wear an item (or more!) or purple clothing on Saturday for the workout.