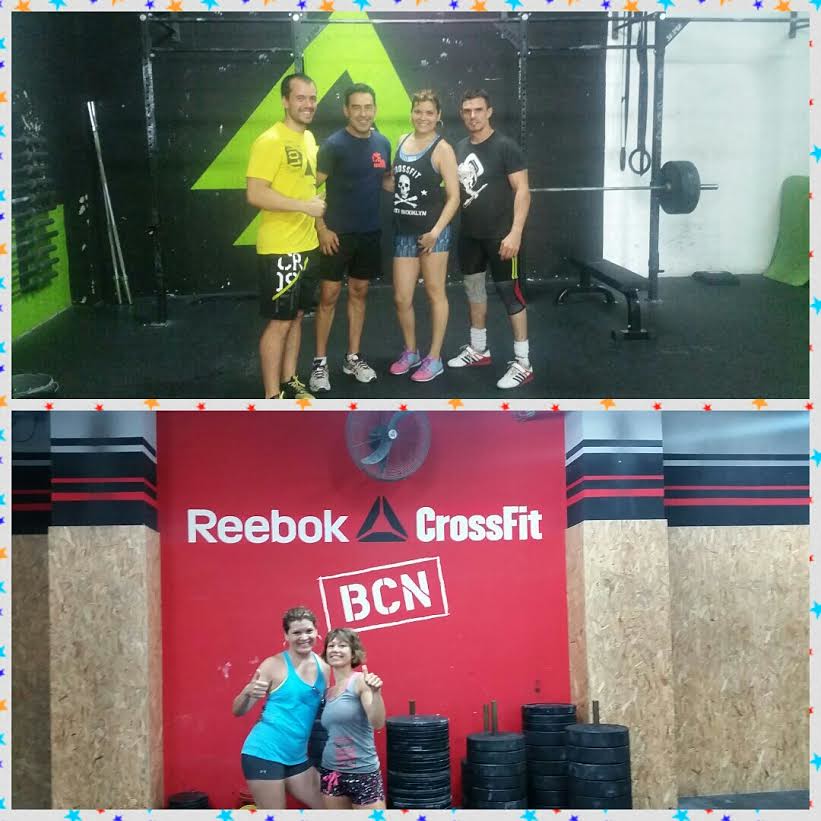 “While I was away in Spain, I visited two CrossFits, one in Madrid (CrossFit Maherit Rio) and one in Barcelona, (Reebok CrossFit BCN). Both were great and had very intense classes. It was great to see people from a different culture have the same obsession as we do. I’ve attached a picture to the email. I figured it would be cool to show CrossFit South Brooklyn go global!”-Bea M

Everyone has had the experience:  it’s the 2nd attempt of a Crossfit total or your working up to a new 1RM on singles day, you load up the bar with a weight equal to you your existing 1RM, you get psyched up, unrack the bar, go into the hole, and……nothing.  It doesn’t come back up.  Why?  Did you get weaker?  Are you doing something wrong?  Why can’t you do what you’ve already done?

Think of a 1RM not so much as a measure of strength capacity but as an act of strength performance.  Veteran lifters will speak of owning a weight versus hitting a weight.  Owning a weight means that you can get under a bar just about anytime you want and move that weight (assuming a proper warm-up and having not done back-to-back hero WOD’s that week).  Hitting a weight is a much less reproducible feat.  It means that on a day where you felt good, were well rested, timed your eating properly, had your weight belt sitting just right, heavenly bodies were aligned properly, and you managed not to fuck anything up,  you were able to squeeze out a higher weight than ever before. It shouldn’t come as a surprise that a weight that you have only hit isn’t something that you can just do on command.  It’s an act of strength and will; repeating it doesn’t just happen.  No sprinter expects to hit a PR every time they run a given distance, not in competition and especially not in training.  There is no reason to just assume that every time you get under a barbell you’re going to PR.

We should also consider that not every one’s best event in lifting is the 1RM.  Consider again, sprinting.  All sprinters are fast, that’s why they are sprinters.  However sprinters have different specialties, some are better in a 60m dash, others are better at the quarter mile.  If we took a random group of sprinters and tested their best times at a series of distances, say 60m, 100m, 200m, and 400m, we would probably find that the rankings would look very similar across the events: the faster runners would tend to do well at all of them.  However, you would also expect to see some shuffling of rankings based upon the individual strengths of the sprinters.  Some are better at accelerating, some run the turns well, some finish well, etc. To bring this back to lifting, imagine a group of powerlifters from the same weight class.  If you tested their 1RM, 3RM, and 5RM squat you would see something very similar:  The strongest lifters would tend to be at the the top of each ranking, however you would also see some move up or down the leader board as the reps changed based upon their individual characteristics.  This is relevant to us because the better you are at an event, the 3RM versus the 1RM for instance, the more likely you are able to reproduce your best effort.  We should test our strength at 3RM’s and 5RM’s for precisely the same reason that Track and Field tests more than just the 100m dash as a measure of speed.

Weighlifting, Powerlifting and Crossfit Total’s are all tests of 1RM. This isn’t because 1RM’s are magical, it’s just that they are easier to quantify, they are the highest weights (and everyone wants to see big weights), so they lend themselves to being tested. All this being said there is certainly nothing wrong with going after 1RM’s and when game day comes, you want to break some records. Set yourself up for success by working hard at a good program, resting up in the days leading to the event and getting your head inside your lift when you get under the bar.  Once the day’s lifting is over, let it go.  A sprinter isn’t suddenly slow on the day they don’t PR; you’re not weak on the day you don’t either.  Allow for the fact that not everyday you try to PR is going to be the perfect day to demonstrate that amount of strength.