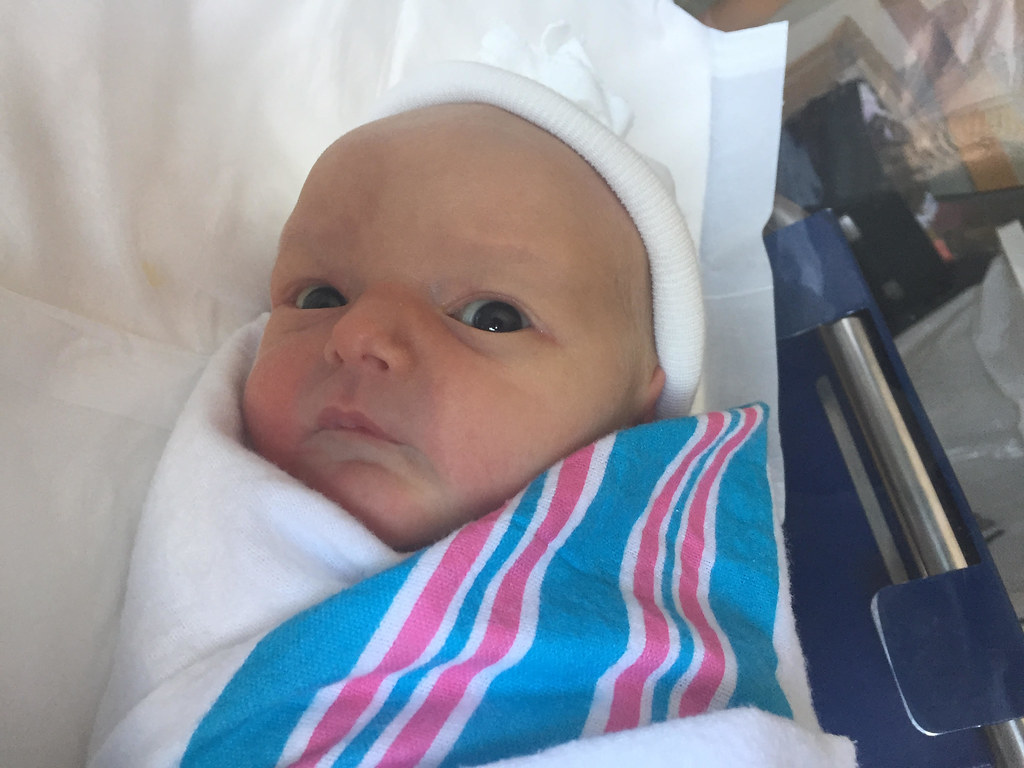 Congratulations to super CFSBK couple Meghan and Rich A on the birth of their first son, Teddy. Born 7/24 2:32 am. 7lbs 10oz. 21″ Meghan trained at CFSBK through much of her pregnancy!

The original version of this article appeared on Inside the Affiliate.

At CFSBK, we discourage members from failing slow lifts—squats, presses, and deadlifts—on a regular basis. Of course, failing is an inevitable part of training for experienced CrossFitters, since we want to push our limits and really discern our capacity. But the key is that it’s inevitable for experienced CrossFitters. We particularly encourage new members at CFSBK not to hit failure on their lifts for at least four to six months of consistent training, since they don’t have a solid enough foundation to be working with training maxes. We believe that how we approach hitting failure on lifts strongly correlates to our gym’s culture, safety, and training appropriateness.

How we handle and teach failing is related directly to the intentionality of our programming and our overall culture of how to train well. For more information about CFSBK’s programming, check out previous ITA articles “Effective Programming Strategies at CrossFit Affiliates” and “The Benefits of Leveled Programming,” which address how we program and offer our members different options based on training age and goals. In this article, I want to focus more on how failing should happen only within certain programming contexts.

Training Versus Testing, and Its Impact on Gym Culture
Failing lifts too often can be seriously taxing on the central nervous system and frustrating for athletes—in addition, it adds psychological stress and creates negative expectations when approaching lifts. To prevent it from occurring too often and to gain control over teaching our athletes to fail well, CFSBK works testing our lifts into our programming macro cycles. For more experienced members, testing new rep maxes at the end of our cycles is an acceptable and inevitable part of serious training. But every day is not a limit test and we don’t want anyone maxing out to failure with any regularity. Our day-in, day-out workouts should be considered training, and an opportunity to go a little bit heavier or hit prescribed percentages without reaching absolute limits.

Teaching the difference between training and testing significantly impacts the culture of a gym, since training intelligently enables athletes to learn when to push through a difficulty instead of giving up. If an athlete is trained to think, “Okay, when things get hard, I’ve got an easy escape route in bailing,” they learn to give up more often and expect missed reps to be a regular part of their training routine. Missed reps should be meaningful as an indicator of one’s current capacity, not simply the norm. When missing reps and failing become the norm, the experience can subtly undermine an athlete’s self-expectations and the mindset with which they approach their lifts.

We teach our advanced members to respect heavy weight, and teach that when it comes time to work, you should grind. Of course it should feel difficult and it should feel heavy! You should expect to fight for lifts! But just like in real life, you don’t start fights you don’t think you can win—especially on a regular basis. A skilled athlete doesn’t need to constantly miss reps to know their potential on any given day. A mark of real skill and intelligence in training involves developing an innate sense of one’s capabilities, and knowing when to call it quits. Missed lifts should be considered learning experiences for an athlete’s physical capacity, psychological outlook, and technique, and they always should be put into the broader context of the intended training stimulus for that specific day.

Why Novice Lifters Should Avoid Failing Lifts
Having novice lifters attempt rep maxes on their lifts is both dangerous, inappropriate, and an ineffective use of training time. All our new members should start out with weights that feel “too light” and then gradually add weight on a weekly basis and as your technique warrants (better technique equals more weight). Over time, you’ll develop the requisite motor patterns, soft tissue integrity, and experience to handle heavier weights and test your limits. But before that, the proper foundation needs to be established. Remember, literally anything will “work” if you haven’t been training. You could squat on Day One, take a Zumba class on Day Two, run five miles on Day Three—and then a week later, test your squat and see some improvement. So the key is optimizing your novice training stage in a way that sets yourself up for long-term success.

Long-term success happens through progressive overload and good coaching. As coaches, we want to provide you with the appropriate stimulus for your strength and experience, and most novice athletes have a pretty low baseline for what’s required to stimulate an adaptation. Having someone walk off the street and attempt a 1RM deadlift is well in excess of what they need to produce a meaningful adaptation. If you have no deadlifting experience and sit behind a desk all day, why not work up to 75lbs (which may feel “light” to you) for a set of five and focus on being perfect at the movement? The next time you come in, you can try 85lbs, and so on and so forth until you’re gradually moving some significant weight with the confidence, experience, and consistent form that you need to get stronger.

An overarching goal of our programming is to teach you how to train responsibly with longevity in mind, so you learn how to slowly approach gaining strength and competence with the required lifts. That’s why we start you slow and let you know that just because you could go a little heavier today doesn’t mean it’s optimal for you. If you focus on going a little heavier each week, you keep pushing the ceiling of your potential a little bit higher—instead of slamming into that ceiling and having nowhere to go but back down. When we see you missing reps out of the programming context, we’ll probably pull you back and have a conversation about training versus testing.

How to Fail Well
Proper spotting and bailing techniques need to be taught and initially supervised—the same as anything else at CFSBK—so that when it comes time to test training, you are prepared and safe. Spotting technique for the back squat and bench press can be found in Mark Rippetoe’s Starting Strength: Basic Barbell Training (Third Edition), pages 62-64 and 172-172 respectively, if you’re curious. All other lifts require teaching proper bailing technique through demonstration and practice at sub-maximal weights. If people are going to potentially miss reps, it’s important that the area is clear of loose plates and other athletes that could make a good bail go bad.

Conclusion
At CFSBK, we seek to address your needs at the various stages of your development—so listen when a coach tells you to temper your loads to be safe, and also when you might need to put more weight on the bar to get better.