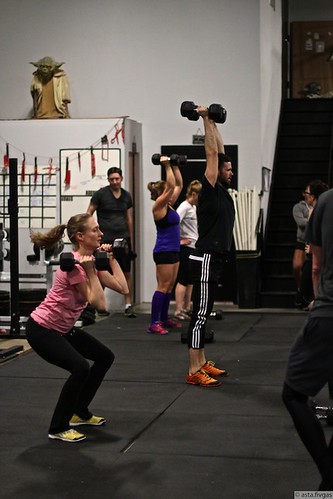 Why Join a CSA?

Are you curious to know why CFSBK supports the Community Supported Agriculture model? Our very own Margie Lempert, founder of the CSA program here and currently finishing a masters’ degree in agroecology at the University of Wisconsin, will approach that question from several angles in a short series of articles. The first outlined the differences between industrial agriculture and agroecology. In Part 2, below she delves deeper into the ethical issues of animal welfare, and makes an argument for the ways in which an agroecological style of animal husbandry supports both a more “humane” and simultaneously more “animal” approach to livestock production.

Animal welfare is an enormous topic in livestock agriculture; here are just two aspects to consider.

A cow was meant to eat grass, not corn, soy or gummy bears. Blah blah blah… heard that a million times… got it. Perhaps not a message worth repeating, but rather explaining.

Cows’ tummies are sensitive. Their digestion is complicated, and success is highly dependent on the microorganisms that colonize the rumen, a cow’s largest of four stomach chambers. In fact, those little microbes are doing the heavy lifting of breaking down feedstock into available nutrients. What a cow eats impacts the conditions of its rumen, which determine the success of one microbial population or another.

The most troubling and ubiquitous problem a cow can develop is rumen acidosis, which occurs when the pH level of cow’s stomach drops to become more acidic. There are a number of factors that contribute to acidosis, but diet makeup is one of the biggest. Fast digesting carbohydrates induce fast acting microbial fermentation, which lowers rumen pH. Here’s what acidosis can cause: lethargy, excessive panting, bloat, diarrhea, poor milk production, hoof problems, anorexia, liver abscesses, and death.

Fast digesting carbohydrates means grains. Grasses are cellulosic and starchy; grains are sugary and easy to break down.

The benefit of feeding a cow a grain heavy diet is that it fattens quickly, which we want in an efficient, high output system. On a feedlot, we can get a cow to about 630 kg in 10 months; on a grass-based farm it takes 22-24 months to get a cow to about 540 kg. The former is obviously superior for satisfying demand. But there’s that troubling side effect of making the cow sick in the process. Antibiotics are a handy prophylactic tool, and as a bonus, confer growth benefits.

There’s also the change in microbial populations to consider. E. coli is probably the one we’re most familiar with. All cows have E. coli in their rumen (people too), but an acidic environment is favorable for E. coli to proliferate and survive. On a feedlot, there are a lot of animals confined to a small space, so they inevitably muck around in each other’s crap. Without the use of antibiotics, we risk E. coli ridden poop getting mixed into our ground beef. In the commodity system, it’s necessary to protect animals and people.

In pastured systems, cows are eating food that agrees with them, so they suffer from acidosis far less often, and less severely. Animals certainly get sick, but vets aren’t on staff like they are on a feedlot. Use of antibiotics is restricted to an illness that warrants treatment, such as pink eye. (As a side note – the organic beef program does not allow use of any antibiotics, but that can pose problems as well.)

Aside from the difference in disease prevalence on a feedlot vs. a pasture-based farm, there’s this idea that part of what makes a system humane is the ability for the animal to express its natural “animalness.” This is a strange, but intuitive concept that I best understood when I visited a large-scale confinement dairy operation followed by several grass-based dairies in Wisconsin. (I don’t know if you realize this, but Wisconsin is big into dairy.)

At Rosy Lane, the 800 or so cows live in absolutely pristine barns the size of football fields. They are well ventilated, mostly free from flies and each animal has its own stall bedded down in sand, which helps to minimize mastitis. Cows come into the milking parlor twice a day where employees neatly attach rubber suctions to their teats to extract milk. Animals are monitored carefully with fancy instruments for any signs of infection.

Upon closer inspection, a few odd things emerge: first of all, these Holsteins are humongous. Absolute milk beasts. Identical to the point that they are bred to have evenly spaced teats so that the rubber suctions can be applied and removed quickly – getting them in and out of the parlor fast is a point of pride for the owners. Cows live in their stalls and don’t really go out except to be escorted to the milking parlor. They are fed grains and a cocktail of drugs to suppress associated problems.

This is an example of an exceptional confinement operation. Animals are by and large healthy in this system, but the system itself is based on the idea that these cows are solely a means to an end: high volume milk production. The farmer’s path to profit is to make more, which leaves no opportunity for the cows to be cows, only to be milk suppliers.

We have to walk a ways out into the pasture to visit with Bert Paris’ cows. The herd of about 80 are shading themselves under some trees; it’s a warm day, and it has been a droughty year so they are running a little leaner than ideal, but still healthy. Fortunately, Bert had made enough hay from his land to supplement the less productive grass. His cows are all different sizes and colors. As he explains it, the variety comes from cross breeding cows based on characteristics like temperament, ability to learn the daily routine and the right body type for the climate. These qualities are more important to him than “high producers” because he sees his cows as long-term employees who have to get along with each other and him, be reliable and adapt to seasonal climate shifts. Bert is part of a grass-based cooperative where members pool their milk to make high-end cheese. He doesn’t produce nearly the same volume of milk as Rosy Lane, but he can extract a bit more value from it by turning it into cheese and yogurt, and selling excess milk to Organic Valley. Bert sees cows as participants rather than vehicles for milk.

The two farms both want to maintain healthy animals, but with different perspectives on how and why. If livestock welfare is important you, how do you define a healthy approach? Do you think as long as an animal is free from disease, it achieves good health?

Coming up next…. Environmental impacts