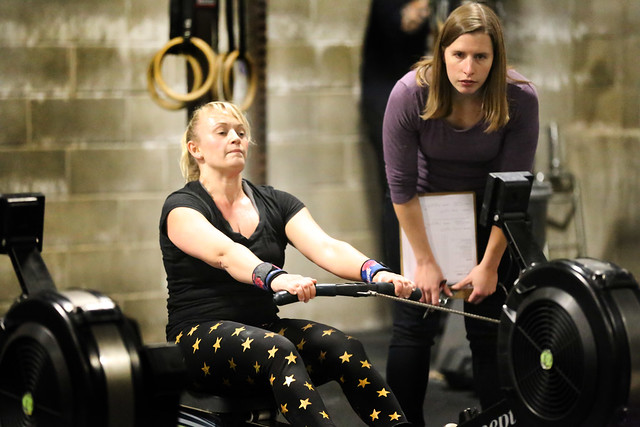 Goals: To stay fresh through the CrossFit Open, which runs from February 21st through March 24th. We’ll program regular metcons and strength/skill work with a bias toward the movements and formats that are typically seen in the Open. This mesocycle (the 7 weeks) will run on a 3 day microcycle, a departure from the 5 day microcycle we’ve run for some time now. The shorter microcycle will allow for more frequent exposure to movements as a focus of the day, and give folks who come on set days to fewer than 5 CrossFit classes in a week more variance in their training. It will still “feel” pretty similar to recent cycles, the main difference being that Wednesdays won’t always be Squats, and Thursday and Sunday won’t always be Olympic lifts. Saturday will still be Wild-And-Crazy-WOD day, especially when the Open starts!

Each day will have a focus on a movement pattern, rather than on a particular movement. We’ll employ dumbbells and kettlebells as well as barbells and bodyweight using a mix of bilateral and unilateral exercises. Some movements you can expect to train are listed in parenthesis under each day of the microcycle.